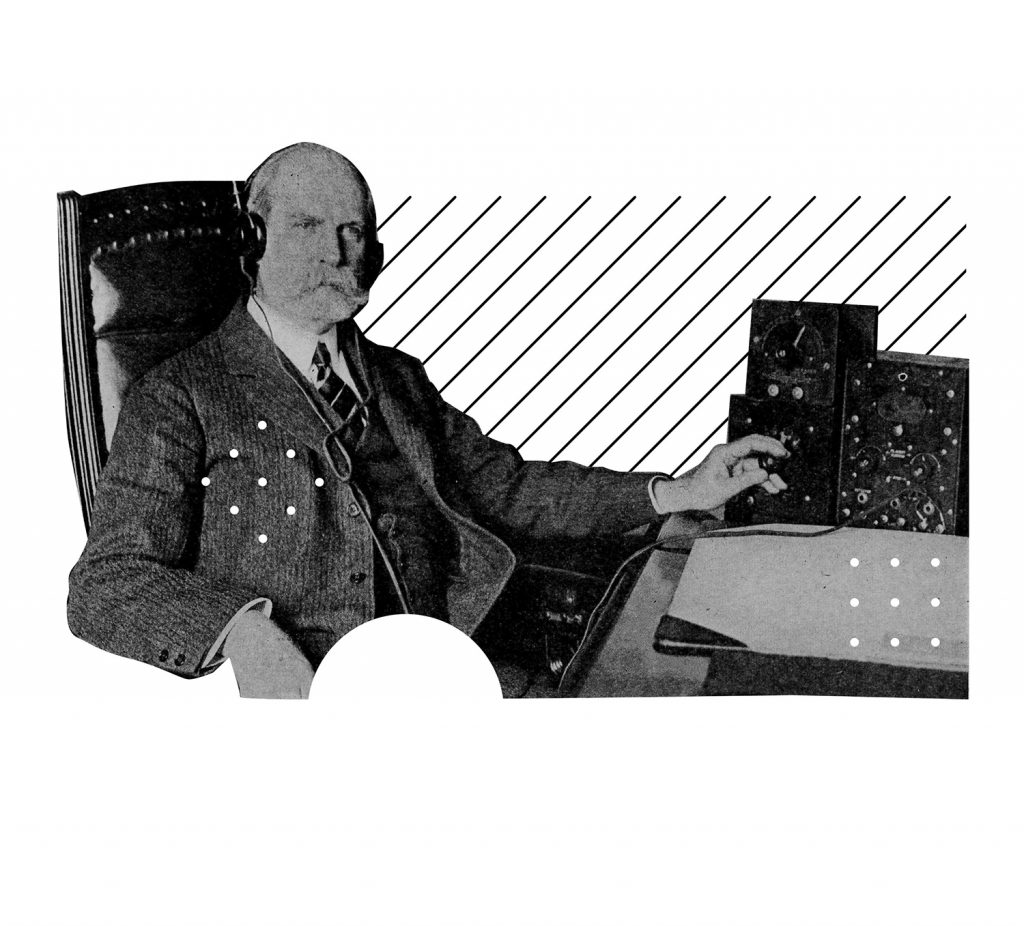 Orson Welles
War of the Worlds

Radiophonic reality show of the past, the programme, which caused crazy panic within the residents of NY, convinced it was reality. Great hit realised live on air. The American Radio at its best.

Poetic story about that place in Paris, full of rhythms and sun. Taking us back with sounds to the Madrid.

This radio producer described himself as a sonic sculptor, or rather someone who carves in sound as in marble. This composition is a radiophonic journey in search of creator of the legendary Nagra mangetophone, engineer Kudelski.  A daring piece, realised by France Culture/Atelier de la Création Radiophonique.

A kind of radio opera, where instrumental sounds coexist with singing and electronics. Created to mysterious and dark text by French surrealist Jean-Pierre Duprey.

Famous poem by  T.S. Eliot (The Waste Land) translated into sounds, which recreate his word in their own way. Epic story about world and human condition.

Sonic portrait of a painter of Polish origin, which painted both sharply and boldly,  in addition to speaking about it  very expressively.  Realisation of France Culture/Atelier de la Création Radiophonique.

For the revolutionary agitation and the courage to break the established modes of work with sound.

For the ability to use sounds as symbols, woven into the structures to become carriers of the complex history of European social conflicts.

For the autothematic-automedia and conceptual problematisation of the meaning of recording of human voice.

For the universal, full of metaphors, short story about the meaning of „cut”.

For adressing  important contemporary political problems in amoving way. Problems, which consist of  dramas of individual people and their families. The piece is a part of  larger work entitled From the Red Sea to the Dead Sea: a Soundscape of an Occupation 2018, which was prepared by Asher as curator for Radiokunst-Kunstradio ORF Vienna.

The Big Bang of radio art: Artaud speaks, shouts, cries and insinuates a tribunal of god and the society that pretends to rely on him. Voice becomes noise and vice versa. Metaphysics get subverted from inside out. Censored by Radio France, and broadcast only some 30 years later.

Is it a coincidence that this piece erupts only one year after Pour en finir… at the very same place? It might sound extremely different, but it is similarly radical in its way of treating noise as radiophonic material. In any case, this is the initial spark of electroacoustic music.

Breaking away from the conventions of musique concrète and GRM, Luc Ferrari discovers „pure” sounds of nature and culture as a material for composition. Although the genre of soundscape composition has been defined by R. Murray Schafer, Luc Ferrari has energized this creative field just as much as his Canadian colleague. Ferrari simply was less dogmatic than Schafer.

Glenn Gould
The Idea of North

A sound documentary about travelling north in Canada, based on interviews made in long distance trains. The composition method is derived from Bach’s polyphony. Listening to this is the best way of getting away without moving.

Based on a text by Heiner Müller, this radio play / concept album is the most successful amalgamation of radio drama and experimental rock music. Featuring Arto Lindsay, Don Cherry, Fred Frith, George Lewis and others.

Delia Derbyshire & Barry Bermange
Invention for Radio No. 1, The Dreams

Elżbieta Sikora – Polish pioneer of electro-acoustic music, worked i. a. in radio studios in Warsaw and Paris. Her first strictly radio art piece – radio opera The Waste Land – will continue to be “illegal” untill 2035, because the heirs of T. S. Eliot declined her the permission to use the poem.

Tomasz Misiak – audiosphere anthropologist, writer of academic books about sound in contemporaty culture, as well as popularizer of experimental music, i. a. as a host of programme in Radio Afera in Poznań. 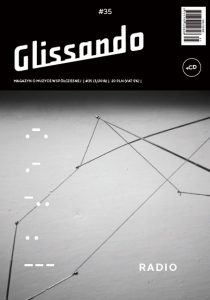 The All-Time Hit Parade: soundplays and radio varia chosen for the „Glissando“ readers by experts from 11 countries and 3 continents (vol. 3)

The All-Time Hit Parade: soundplays and radio varia chosen for the „Glissando“ readers by experts from 11 countries and 3 continents (vol. 2)